Habitat for Humanity was looking for an experienced developer to help them elevate the quality of the homes that they offer to their target communities. Euro Towers, meanwhile, was in sincere search of a partner for a joint effort to reach more families and their surrounding communities.

As it is, the collaboration stands to benefit both organizations and those they wish to serve.

Engr. Roy Estanislao, Euro Towers’ Director of Construction and Development Group, said in an interview that Euro Towers has committed to invest a total of P50 million for a socialized housing project under its partnership with Habitat for Humanity. The company has also pledged support to the efforts of Habitat for Humanity Philippines over the next five years.

While Habitat for Humanity Philippines has already led the construction of quality and decent homes for thousands of families around the country, it knew it had to keep building better. Both the know-how and the monetary pledge of Euro Towers will be used to uplift the lives of many more Filipinos.

Forging a partnership between two experts

Euro Towers has been known for innovation, for bringing the best ideas into the Philippine real estate market, and for building high-rise condominiums in prime locations. Existing projects by Euro Towers that showcase these features include Vivaldi Residences Cubao, Milan Residenze in Fairview, Quezon City, and Vivaldi Residences Davao.

Habitat for Humanity, meanwhile, has since mobilized no less than 500,000 volunteers in the construction and repair of both homes and communities. Their effort has since benefitted more than 140,000 families throughout the country to date.

This is the real estate firm’s first partnership with Habitat for Humanity since its foundation in 2010. The property developer has chosen to support the organization as they share the same value for family and homeownership. Euro Towers, in their present developments – Vivaldi Residences Cubao, Vivaladi Residences Davao and Milan Residenze Fairview – envisions Filipinos to be free to be whoever they want to be; to be free to enjoy the privilege, the benefit and the right of owning a home and improve their lives.

Engr. Estanislao mentioned that going into a partnership with a non-governmental organization that provides the less-fortunate with decent homes is “something that is of a worthy cause and is something that we (Euro Towers) will surely support.”

“As an organization, Euro Towers values its clients and the Filipino people in the same way that Habitat for Humanity aims to provide decent homes to less-fortunate families in the Philippines and the rest of the world,” he added.

A timeline for the completion of the socialized housing project is in the planning stages between Habitat for Humanity Philippines and Euro Towers executives.

Aside from its ongoing construction of Vivaldi Residences Davao, Euro Towers is also in the process of starting another residential development within the vicinity of the Apo View Hotel.

Euro Towers prides itself as a Filipino property development company that is passionate about creating high quality residential projects at prime locations-to improve the lives of the Filipino families. Backed up by a strong management and competitive marketing teams with extensive industry experiences, Euro Towers is grounded in its mission of continuous improvement in client servicing, innovations, and experiences to bring the best ideas into the Philippine real estate market. Get to know Euro Towers more and its developments at www.eurotowersintl.com. 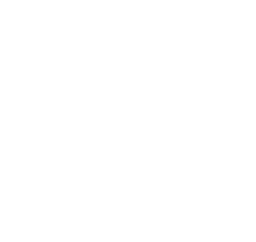